Children and Technology – how do we manage it? 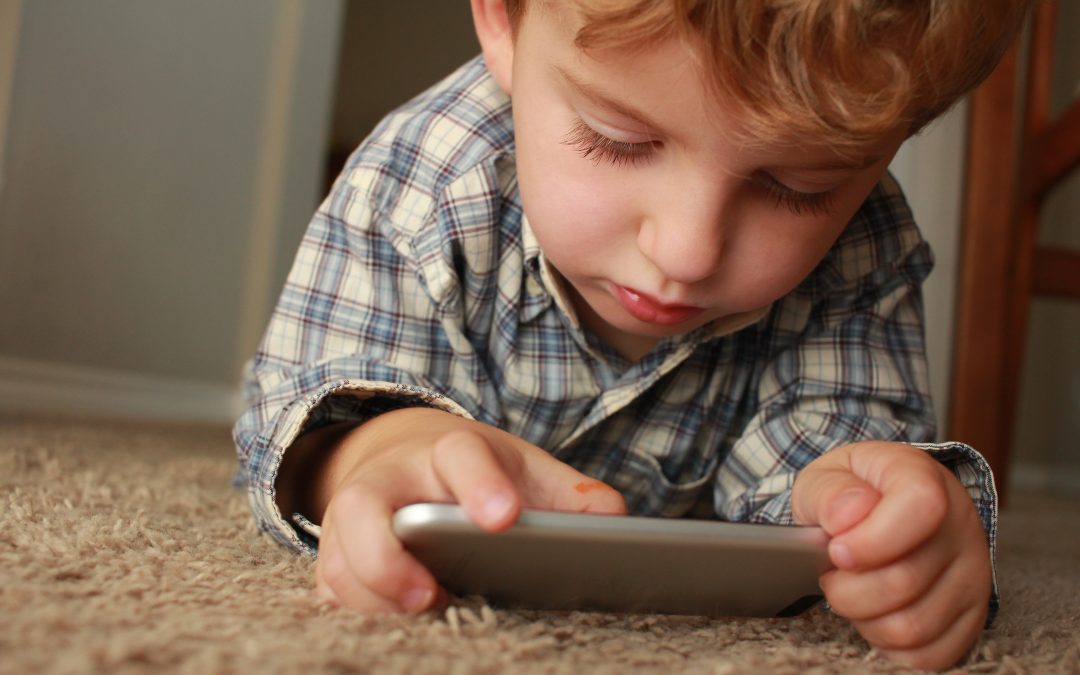 I have a ghost writer for today’s blog, an 8th grader at Harrison Middle School in Yarmouth, ME, who wrote a timely essay.

You are sitting at the dinner table and your phone beeps. What do you do? That beep was something from work, you need to see it, and it will only take a minute. You get up from the table and go in the kitchen. 15 minutes later you hear the kids at the table. Oh-No, how long were you on your phone? Technology is everywhere, and it makes our lives easier, but it also creates problems for our family lives. Studies have proven that young children ages 1-3 do not respond when their name is called when they are playing a game on a tablet/smartphone. (Survey conducted by Barnard College’s Center for Toddler Development). The AAP (American Academy of Pediatrics) states that young children ages 0-2 should not be watching television and videos because they will learn their life skills much slower learning from a screen then interacting with people.

Most children learning to talk can say ‘Mama’ ‘Dada’ and ‘ipad’ or some other name for a tablet or smartphone, as their first words. Youth under the age of two are often on both smartphones or tablets while watching television. In 2013, 40% of families with children ages 0-8 had some type of tablet. That’s 32% more than in 2011 when the same survey was conducted and only 8% of the families with children ages 0-8 had some type of tablet (survey conduct by Common Sense Media). Imagine how many families have some type of tablet today in 2016! Some infants have been known to make calls on their parents smartphones (the calls are accidental) but if they can make calls how much time are they spending on a screen? Too much technology has been linked to lack of sleep, obesity, school problems, short term memory loss and behavior issues. These problems are health risks that can become more serious if not addressed immediately. Do we want our future children to face these problems?

How do we stop spending so much time on screens? The AAP (American Academy of Pediatrics) recommends a family media plan that sets limits to how much screen time children get. “A healthy approach to children’s media use should both minimize potential health risks and foster appropriate and positive media use—in other words, it should promote a healthy ‘media diet’,” said Marjorie Hogan, MD, FAAP, co-author of the AAP policy. The first step to this plan is that you, as the parent, start modeling a healthy media diet to your children. Start by noticing every time you pick up and look at a screen. Write down on a notepad for a day how many times and for how long. Next, make a goal to reduce your screen use. Create screen-free blocks of time throughout the day. Finally, notice how you feel after just one day of reducing your screen time. Kids and adults notice that they are less irritable, feel more relaxed, and happier in general. They also sleep better. Modeling your screen time is important because your kids are watching you. They think that if you are doing it, then it must be okay for them to do it as well.

The second step is setting limits for screen time. The AAP recommends children under two should have no screen time. For older children, discourage any passive screen time (texting, watching videos, going to online social media sites, etc.). It is also smart to not let children use their screen in their bedrooms. To stop having screens in bedrooms, set up a charging station where everyone leaves their phones or other electronic tools for the night to charge. Everyone including you!  Research shows that screen use over 90 minutes a day for middle and high school students reduces their grades by a full grade. So, if someone is a B- student, if they start using screens (especially passive screen use – texting, social media, tv) for less than 90 minutes, their grades will rise to A-! Try it and see what happens.

You are sitting at the dinner table and your phone beeps. What do you do? That beep was something from work, you need to see it and it will only take a minute if you go into the kitchen and respond quickly. You stay at the table. Being with your family is more important than your phone, even if it is something from work. You can look at it after dinner.

“How Cell Phone Use Is Destroying Your Kids’ Short-Term Memory.” The Huffington Post, www.huffingtonpost.com/rebecca-jackson/how-cell-phone-use-is-destroying-your-kids-short-term-memory_b_4016345.html.

“How Much ‘Screen Time’ Is Too Much? Why That’s the Wrong Question.” The Huffington Post, www.huffingtonpost.com/diana-graber/how-much-screen-time-is-too-much-why-thats-the-wrong-question_b_7285212.html.

FLC In The News